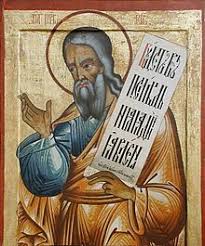 As we explored and entered into in the last post, Isaiah is called to be a poet, prophet, and preacher in a time of upheaval and pain.  He ministers in a moment of tension.  Isaiah is willing to shine a light BOTH on the brokenness as well as God's blessings co-existing in that that time.  Isaiah calls people to accept both that we have fallen short of God's dream/prayer/love for the world...but that God isn't finished with us yet either.

From theologian Walter Brueggemann - the difference between a whiner and a prophet is that the prophet brings HOPE.  The prophet doesn't lead us to despair just so we can all have a pity party about how bad things are, the prophet calls us to act with faithfulness that God is still creating and speaking and singing in our midst today.

Too often today we get caught up in only seeing that which is broken and painful that leads us to cynicism and being overly critical.  While there is much that is wrong in the world today, I also acknowledge that human's capacity to hurt and harm each other has been with us for a long time.  I think of women fighting for the right to vote but being laughed at or our African-American brothers and sisters having a fire hose turned on them or beaten on a bridge or LGBTQ+ being told they are less than lovingly created in the image of God.  Or any of the above groups living in fear of violence and abuse.  The prophet always calls us to accountability in the ways we are using power.  And those with power are always going to defend and deflect and deny wrong doing.

Yet, Isaiah doesn't just say everything is going to you know where in a hand basket, so whatta gonna do about it?  He shines a light on the pain and hurt and says there is hope.  Hope of a day when swords will be no more.  Hope of a day when creation will be reordered and renewed.  Hope that God is still doing a new thing.  While Jesus doesn't quote that exactly or verbatim, Jesus does say, "Your will and Your kingdom come."  A kingdom not of leaders with power over, but a God who shares power with us.  A kingdom not of hierarchy or hegemony, but of equality.

Again...we can say, "Yeah right, Isaiah.  Are there talking/flying ponies too?"  Our sarcasm is our way of deflecting our own responsibility or for us to blame others as the ones who are the problem.  When we are compelled by the vision of God, it will make a demand upon our actions...not only when we feel like it but all the time.  All the time, especially when we don't feel like it and especially with that person.

Makes me think of one of my favorite quotes from G.K. Chesterton, "Christianity has not been tried and found lacking...it has been found difficult so left untried."  Or we have shaped Christianity into something more palatable for our consumer society.  We talk about God wanting you to be successful or that God believing exactly the way we do.  When we talk about God, Karl Barth said, we talk about ourselves with a megaphone.

The poet/prophet holds up a mirror so that if we are courageous enough, we might actually stop to see that we want others to bend their swords into plow shares first...or we want our enemies to change so perhaps we don't have to.  But, if we don't start letting Isaiah's vision inspire, challenge, and call to us, who will?  If we don't let these words interrupt and disrupt us now, when will we?  When the stock market is better or our political party is in power or when we have time for it?

Isaiah didn't just preach to people back then and there, he is preaching to us here and now.  So, perhaps if we are brave to listen, we might get caught up in more than a trace of God's grace.

I pray it might be so for you and me. 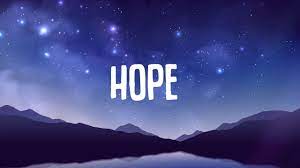