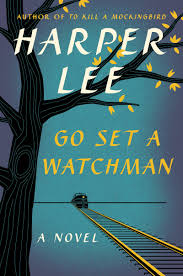 As long as I was re-reading, To Kill a Mocking Bird, I also dove into Harper Lee's new book, Go Set a Watchman.  Caution...there may be some spoilers ahead.  The book picks up on Scout, now as an adult.  She lives in New York but comes home for a visit.  She has to deal with the fact that no human, no one, not even her father, is perfect.  While I enjoy Lee's long prose and rambling style, this book just did not quite get it for me.  Perhaps it was because the expectations were so high.  What I loved about Mockingbird were the exit ramps.  Atticus shooting a dog with rabies or the side story with Boo Ridley.   Watchman has few of those...and less characters too.  In some ways, this would have been a great short story as an epilogue to Lee's book, or the first chapter...then we set out with Scout to New York.  How would a Southern deal with Yankees in the 1950s and 60s?  How does she eschew and embrace her upbringing?  Sometimes those stories need to be explored outside of the comfortable confines of what is known and familiar.

When I reflect on my move to Florida, a Yankee now in the South, I sense some of the themes from Watchman.  How do we deal with lingering racism?  I am privileged to pastor a church that strives to be racial diverse.  Yet, there is always more we can do. How do economic disparities play out?  I live in an area where people pay millions of dollars for homes and some people don't make minimum wage.  How do we walk around in each other's shoes, in a time when people who cling dogmatically to their own ideas (even when they are proven wrong time and time again)?  Those are challenging questions that need stories to help us sort out.

The power of stories...as opposed to history or news...is that they allow us to engage our right brain and stir our imagination.  We need stories...stories of people dealing with the messy middle of life today.  Stories of people living into their God belovedness and encouraging others to do the same.  We need stories when we get it right and when we get it wrong.  And the church needs to be a place for all that.  We need to start telling our own story and listening...that is the KEY...listening to other's stories too.

Not every story needs to be the best ever!  Stories can leave us wanting...because life and other people leave us wanting.  Near the end of Watchman, we have a conversation between Atticus and Scout.  She confronts his racism and his participation in a group opposing the NAACP.  She calls him out on his brokenness.  And Atticus just graciously and gently responds.  So we are left with the fact that Atticus has brokenness and edges...his beliefs have ceilings that Scout bongs her head on...which she also does every time she gets in the car.  Again, because of the setting, we don't see Scout bumping hard against her own limitations.  How would she respond in New York at a meeting of the NAACP?  Would she even go?  Those are important questions.  To be sure, maybe Lee did not want us to idolize anyone...which our church has certainly done with Atticus.  We all have blindspots and brokenness.  The key is not only to see others...but also our own.  To do that, Lee, is right we need more than just a trace of God's grace.

I encourage you to reflect on your own understandings of race, economic disparity, love, relationships, and life.  In the coming posts, I am going to start working through stories of the Hebrew Scriptures...hopefully, these ancient and well-known stories can give us some insights into God's whose love is woven into every fiber...yet we often don't live that way.  Until then, may the God of hope, peace, joy and love surround you. 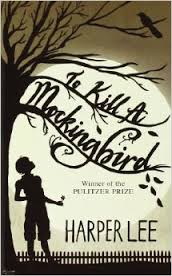 "I wanted you to see something about her - I wanted you to see what real courage is, instead of getting the idea that courage is a man with a gun in his had.  {Courage} is when you know you're licked before you begin but you begin anyway and you see it through no matter what."   Atticus to Jem in Harper Lee's To Kill a Mockingbird

While on vacation, I re-read Harper Lee's book, To Kill a Mockingbird.  It had been awhile since I had encountered this very human story.  It really is about dealing with each other; as Atticus likes to say, "Walk around in another's shoes."  Jem and Scout growing up in a small Southern town dealing with issues of economic disparity, racism, sexism, and mental illness.  Being a community is not easy.  Or as Linus once said in a Peanuts cartoon, "I like humanity...it is people I can't stand."  Of course, great literature is timeless.  Today, we still deal with economic disparity, racism, sexism, and the stigma placed on those with mental illness.  We still deal with the myth of redemptive violence.  We still deal with each other as humans.

Part of the draw of Lee's book is that there is no neat and tidy ending.  Strings are left dangling, just as in our real life.  We move forward, one step...only to take two steps back, especially in the above social issues.  One of the realities we are still coming to terms with is that no amount of legislation or meetings or conversations are going to change everyone.  In fact, change is so frustratingly slow sometimes, it is easy to lose faith and courage.  It is also good to remember that this is a work of fiction.  The real lives of those who live pushed to the fringes because of economics, race, sexual orientation, and mental illness can be fragile...successes are few and sometimes far between.

Currently, in the place I live, the news media has fallen in love with a homeless man who is an amazing piano player.  Because of that gift, he has found work and trying to put his life together.  Because we love a good rags to riches story, pulling yourself up by your own bootstraps and proof that the American dream is still there for those who try, daily we get updates on his progress.  To be sure, I want the best for this child of God.  But I also wonder about those whose skills are so hidden and so buried under the years of people telling them they were "worthless" and "good for nothings" that they stay on the fringes.  Spotlighting one story does not mean, "anyone can do it."  It only shows me how much work we have to do.

Which is exactly where I am with Lee's book.  My heart breaks by the relevance, that people are still just as nasty and demeaning to each other as we were fifty years ago in the time when the book is set. Yet, I also know that people were created with divine DNA.  This is not about our original sin, it is about our inability to fully trust and lean into God's grace in every moment.  Grace is not some formula or some insurance guarantee.  Grace is not a safe net.  Grace is.  Grace can undergo metamorphosis.  Which means, I need to stay constantly aware and awake to the traces of God's grace in my life.  It may not always come in the same exact way every day.

To be sure, there are traces of grace within Lee's book.  The slow realization Jem and Scout come to.  Their willingness to start to see each person as fully God's beloved and walk in their shoes.  And their continued growth.  The challenge for us, especially in a time of increasing polarization and politicization, is to do the same...and for that we need more than just a trace of God's grace. 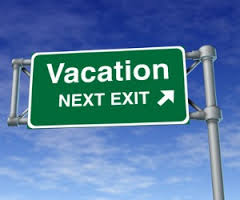 Yet the news about him spread all the more, so that crowds of people came to hear him and to be healed of their sicknesses.  But Jesus often withdrew to lonely places and prayed.  Luke 5:15-16

Jesus has been baptized, began his ministry, called the disciples, and everything is ready to go.  We are a little more than two chapters into Jesus' ministry in Luke and he says, "Jesus often withdrew to lonely places and prayed."  So, a couple of questions, who often is often?  Are we talking once a week kind of Sabbath?  Are we talking every night sitting on the sofa binge watching re-runs of The Golden Girls?  Just how often is this?  What we can say is that Jesus did this with regularity, there was a patterned that was noticed.  How often do you withdraw?  For me, a Type-A/work-aholic, my often is not nearly as often as it should be.  I tend to have the pattern of running myself down and only when I can no longer move do I take that time away.  I am trying to be better.  I am trying to swim against the current that tells me to work harder.

Recent reports tell us that Americans are NOT taking their vacation days.  And when they do, our smart phones keep us constantly connected.  Even when we are away, we check emails and return phone calls...we've convinced ourselves that it is easier in the long run.  How hard is it to come back to hundreds of emails and piles of paper?  Why not get a jump on it while waiting for the plane or for the kids to finish up on the pit stop?   What is the harm, we reason?  The harm might not be time, but it might be spiritual, that can manifest in the physical and psychological.  The passage able calls this a lonely place or other translations say a "deserted" place.  The Israelites were once in a desert place, they wandered in the wilderness for forty years.  Centuries later, they were conquered by the Babylonians and went to another wilderness place, in exile.  Where is your desert, even lonely, place?  We need to disconnect in order to decompress and de-clutter the need to be needed and necessary.  We all want to be needed, to play the hero, and we might worry that while we are on vacation our opportunity to be Superman and Wonder Woman will come past...and we will miss the boat/plane/email/phone call...how ever it is that opportunity will come.

We are told that Jesus prayed.  He was not alone, he communed and communicated with the holy other in whom we live and move and have our being.  How is it with your prayer life?  How are you finding space to withdraw?  Where is that space?  What are you doing when there?

I pray as you ponder those questions, you will find more than a trace of grace.

p.s.  this is on my mind because a week from today I go on vacation...but I will still over one more post before I go.
at August 05, 2015 No comments:

God's Calling - We don't have it all figured out

A few weeks ago, I offered the analogy of the Slinky as a serendipitous example of the ways calling can go off course and still end up in ... 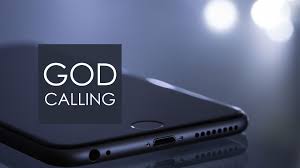