Showing posts from April, 2015
Show all

Being the Church today: Food 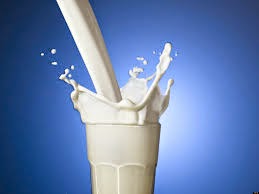 And so, brothers and sisters, I could not speak to you as spiritual people, but rather as people of the flesh, as infants in Christ. 2 I fed you with milk, not solid food, for you were not ready for solid food. Even now you are still not ready, 3 for you are still of the flesh. For as long as there is jealousy and quarreling among you, are you not of the flesh, and behaving according to human inclinations? 4 For when one says, “I belong to Paul,” and another, “I belong to Apollos,” are you not merely human?  1 Corinthians 3 Had we just picked up reading the letter to Corinth with is gem, we might think Paul sounds a little "Too big for his britches", as my grandmother would say.  Yet, we know that Paul just confessed his own fear and trembling in the previous chapter.  Paul says as long as we quarrel we are not ready for solid food.  As long as we try to score political points, prove who is right and wrong, and how much smarter we are than others, we still don't
Post a Comment
Read more

Being the church today: Words 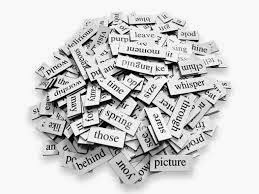 When I came to you, brothers and sisters, I did not come proclaiming the mystery of God to you in lofty words or wisdom. 2 For I decided to know nothing among you except Jesus Christ, and him crucified. 3 And I came to you in weakness and in fear and in much trembling. 4 My speech and my proclamation were not with plausible words of wisdom, but with a demonstration of the Spirit and of power, 5 so that your faith might rest not on human wisdom but on the power of God.   1 Corinthians 2:1-5 I spend a lot of my time dwelling with words.  I listen to words of other preachers.  I read words.  I exchange words with my family, with church members.  I compose sermons and -ahem- blog posts. Words, words, words.  Yet, this is just a fraction of words we swim in each day.  There is a tidal wave of words that wash over us every day and trying to make sense of those words, plus our own reactions, takes a lot of energy.  Even though we talk about a still speaking God, how in the world woul
Post a Comment
Read more

Being the Church Today: Baptism 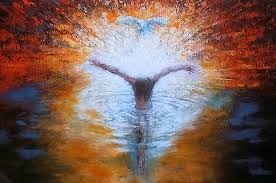 Now I appeal to you, brothers and sisters, by the name of our Lord Jesus Christ, that all of you be in agreement and that there be no divisions among you, but that you be united in the same mind and the same purpose. 11 For it has been reported to me by Chloe’s people that there are quarrels among you, my brothers and sisters. 12 What I mean is that each of you says, “I belong to Paul,” or “I belong to Apollos,” or “I belong to Cephas,” or “I belong to Christ.” 13 Has Christ been divided? Was Paul crucified for you? Or were you baptized in the name of Paul? 14 I thank God that I baptized none of you except Crispus and Gaius, 15 so that no one can say that you were baptized in my name. 16 (I did baptize also the household of Stephanas; beyond that, I do not know whether I baptized anyone else.) 17 For Christ did not send me to baptize but to proclaim the gospel, and not with eloquent wisdom, so that the cross of Christ might not be emptied of its power.   1 Corinthians 1:10-17
Post a Comment
Read more

Being the Church today 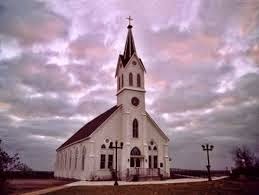 I give thanks to my God always for you because of the grace of God that has been given you in Christ Jesus, for in every way you have been enriched in him, in speech and knowledge of every kind— just as the testimony of Christ has been strengthened among you— so that you are not lacking in any spiritual gift as you wait for the revealing of our Lord Jesus Christ. He will also strengthen you to the end, so that you may be blameless on the day of our Lord Jesus Christ. God is faithful; by him you were called into the fellowship of his Son, Jesus Christ our Lord. 1 Corinthians 1:4-9 Over the next few posts, we are going to explore Paul's letter to the church in Corinth.  This was a cosmopolitan, diverse city.  It was a hub of activity.  Politically, they enjoyed a special relationship with Rome.  And before Las Vegas was a blimp on the radar, this was known as "Sin City".  People were wealthy from the pottery and earthenware produced there.  Paul arrived in 50 CE an
Post a Comment
Read more
More posts