Showing posts from July, 2016
Show all

Random thoughts on a few Psalms 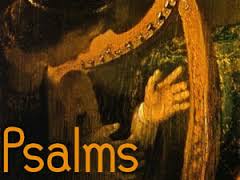 There have been three thoughts roaming around my mind over the last week in response to the psalms I am reading daily. First, in Psalm 26 vs 3 gives the image of walking with the truth...followed up by the psalmist singing that she does not stand with the foolish in vs. 4.  There are two thoughts to these two short verses.  To begin, the psalms often echo from verse to verse.  Or as a seminary professor once asked, "Why is the psalm repeating itself?"  This is a style of poetry in the time of the psalms, where a statement would be made in one verse, then slightly altered, but essentially saying the same thing, in the very next verse.  This can be a bit repetitive...it can be a bit redundant (pun totally intended).   But sometimes we need to hear something more than once.  When the psalm echoes itself, it is trying to shout out, "Pay attention!!  This is important!'  Which leads me to the second thought, which is that these two verses are actually a reverberatio
1 comment
Read more 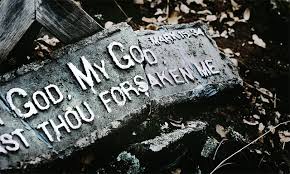 Friday prayer based on Psalms

As we continue our conversation with the Psalms...these Hebrew Hymns and Prayer-drenched poems that simultaneously connect us to our ancestors and to today; a prayer from these holy words. For ideas and insights we hold clear and point us toward You, For questions that linger persistently and doggedly refuse easy answers. For mystery we sit silently...comfortably beside. For hope that stirs For frustrations when the words won't conform to what we thing. For raw emotions For release and relief. For this day...this holy, amazing day of life. For this breath...and the one of this. For an understanding and orientation toward God That suddenly, like a drop of a roller coaster called life which comes In phone calls Doctor's offices A blink of an eye... And we feel the world spinning and stirring in dizzying disorientation. For the questions of why? How long? What in the world? And cathartic tears and a sudden smile, And praise that drips from our heads to o
Post a Comment
Read more 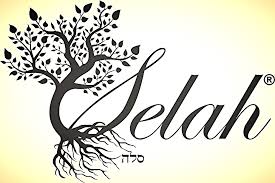 As you read through the Psalms there is a re-occurring word, "Selah".  Honestly, we don't have a clue what the word means.  Some propose that it was for musical direction, perhaps a word that directed how loud or soft or what kind of tempo or even key ~ major or minor ~ the people would sing.  That is a GREAT way to think about the word.  When you come across "Selah" it is good to think would you sing this out with loud trumpets blaring and blasting...or do you need Robert Johnson's blues guitar in the background?  Would you sing it loud or quiet...like you are whispering to an infant?  Selah may invite us to think musically about the words we are saying...for indeed the Psalms are the original Hebrew Hymnal. But... What if Selah might have also been an invitation to pause...stop reading...do not pass "Go" or collect two hundred dollars but actually think/reflect/prayerfully ponder what you just read? For example, in Psalm 4:5 ~ "Qua
Post a Comment
Read more

Lessons Learned from My Dog 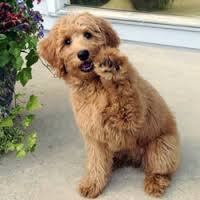 Two weeks ago, we got a new puppy.  It's has been a lot of fun...and a lot of work...which is a true statement about most things that offer meaning within our life.  Whether we are talking about work or relationships or prayer or trying to train a new puppy there are moments of joy and frustration.  Times when it feels like it is two steps forward (only ONE accident inside today...or I only lost my temper once...or finding yourself saying, "I can't believe they pay me to do this!) and then it is four steps back (Really? Four accidents today?? or I can't believe how frustration is just fuming out my ears right now...or they really don't pay me enough to do this!).  There is risk in life.  Anything worth doing will offer incredible and indescribable moments and moments you wonder why.  A huge part of why this is...is because we come face-to-face with the truth that we are not in control...you can't logic your way out of everything (especially with a puppy) an
Post a Comment
Read more

Lessons why weeding this morning 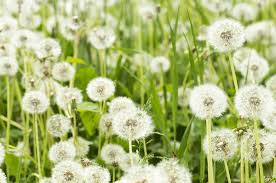 While weeding this morning Dirt climbing up my arms Clinging to my clothes And nearby a small lizard leaped As if to encourage and cheer me on... I noticed that by tugging on one weed, the others close by came with. Connected by a network just beneath the surface. Connected one to the other. Which made me wonder, If weeds are connected Sticking and staying together... Why is it so hard for humans?
Post a Comment
Read more
More posts