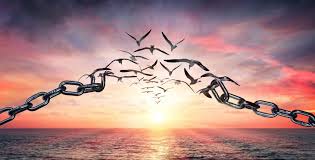 In the opening minutes of the musical version of Les Mis, we see the juxtaposition of eye-for-eye justice in Javert and the forgiveness of the Bishop.  This will be a unfolding theme throughout the musical.
Who offers forgiveness?
Who clings with a tight fist to legalism?
And more importantly, why?

Forgiveness so often is portrayed as a one and done act.  In some ways you could see the Bishop as simply forgiving Valjean for stealing.  But for me, forgiveness is a continual process.  Forgiveness can be one step forward, three frustrating steps back.  Forgiveness doesn't even start with the other person, it starts with me processing the pain ~ anger and hurt and harm.  While I try to not get caught in either/or thinking, in some ways the choice is between the pathway of forgiveness or holding a grudge.  The choice is between letting go of my claim that I was right and the other person was wrong OR seeing the that I may not fully understand what motivates the other person's actions ~ because so often why I do/say something can be a mystery to me.

I start with where I am.  I name and notice the anger, what is fueling my frustration.  I name and notice the sharp shards of shatteredness.  And I decide whether I am going to keep holding those and in turn keep wounding myself...or put them aside so the hurt can heal.  To be sure, putting something aside doesn't mean that everything is peachy.  It doesn't mean that the other person is off the hook and we can act as if nothing happened.  But, as many wise people have said that when we keep rekindling the flame of anger it is like you drinking rat poison and expecting the rat to die.  Often times we are so angry with someone and that person doesn't have a clue we are mad.  Or we give the person a piece of our mind, the relationship breaks down, you stop talking, and yet feeding the flame of our anger we replay countless conversations in our minds about why the other person is wrong.  Only the other person isn't there.  Why exactly does that help?

I have had moments of holding onto anger and pushing down pain and feeling so frustrated; but not ever walking down the path of forgiveness.  Having traveling the way of holding the grudge, I can tell you that, for me, it didn't end well.  The other person passed away and there was never any reconciliation.  Even after the person died, I was still left carrying a grudge for several years.  Until I was on a retreat and during the silence of a Sunday morning tears fell from my eyes.  I was tired.  Tired of carrying the grudge.  Tired of replaying the hurt and the wound that would not heal.  Tired of being that way.  So, I sought another way.  It wasn't magical.  The pain didn't disappear overnight.  But over time the grudge grew smaller, less heavy.  It took a lot of work and occasionally still does.  But moment by moment, I released my righteous claim for the claim of grace to work in my life.

What does forgiveness mean to you?
When was a time you forgave someone?
Is there someone right now you are so angry with but doesn't seem to be helping?

May you find more than a trace of God's grace in holding this word of forgiveness that makes a difference in the days to come.  Amen. 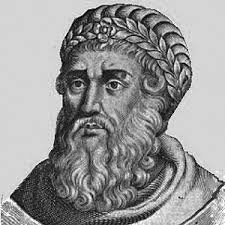 This has been true for most of my ministry which began right after September 11th.  Yet,…
Read more 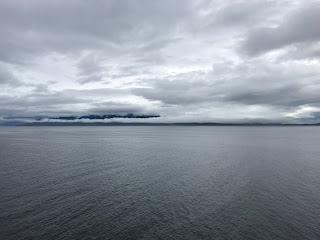 “It’s smooth sailing today,” the captain’s velvet voice soothingly said over the loudspeaker.
But for me, every wave felt like a roller coaster.  The constant bobbing up and down caused my stomach to do somersaults and my mind to say, “Um, if it is alright, I would like to get off this ride…like now, please.”

For me, that moment on the boat became a metaphor of trying to find our equilibrium in the midst of life.  As we try to navigate the waters of each day, what one person experiences and calls, “Calm,” another person might feel like is choppy and chaotic.

What one person thinks is easy, another laments how rough it is.  The waves of life might knock some off their feet, while for another she is able to go with the flow rising and falling in rhythm with the water.

What some consider to be tumultuous, others might think is a perfect day.

Trying to decipher and decide how we will navigate this day before us, which way we will go, depends a lot on how we are reading the weather and…
Read more 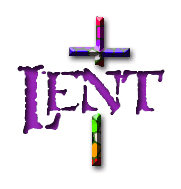 Yesterday, I posted my sermon on Matthew 18:1-4, click here to read, along with an invitation to become child-like this Lent.  The sermon alludes to a series of 40 words...not included in the post.  I want to rewind, review the words starting on Ash Wednesday through today the first Sunday in Lent.  The first series/set of words were:

These first five words might seem on the surface to have nothing to do with each other...like some random shopping list.  By the way, I wonder how much a store would charge for creativity or forgiveness?  Would we think it was worth it if we could simply purchase that?

But for me, there is a thread that tethers and ties these first five words together.

First, a few words about forgiveness...because I think that word has weight to it.  There has been many descriptions and definitions of forgiveness from the church ~~ usually most of these are drenched and dripping in guil…
Read more