Showing posts from November, 2012
Show all

Why We Should Sing Christmas Carols Now 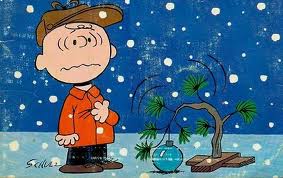 This Advent season at the church I serve we are going to be focusing on Singing Our Way to the Manger.  I have been working on a written devotional with that title.  In the coming weeks I will offer some additional thoughts about carols, the ways they help us prepare for the birth of Christ, and why we should sing them leading up to Christmas for that exact reason. I think many reading this might thing, duh!  But you need to know that during seminary it was drilled into me that singing Christmas carols was bad...and for a UCC seminary to say something was bad really meant something!  We prefer soft verbs and affirming all people.  But it was clear to me, stick to the dirges during Advent (four Sundays before Christmas) so that the carols really means something comes Christmas. I don't know who started this movement, but I have decided to stop following.  We are going to sing Christmas carols with wreak-less abandon at church every Sunday leading up to and after Christmas.
Post a Comment
Read more 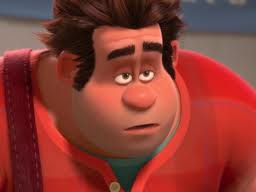 Today my family and I went to see Wreak it Ralph .  As someone who grew up loving the trips to the arcade to pump quarters into games like Q-Bert and Pac Man and the obvious reference to Ralph being like Donkey Kong.  Like all Disney movies, Ralph is essentially about finding your identity.  Without ruining it for you, let me describe the plot.  Ralph plays a guy who wreaks buildings (see the genius in the title).  But Ralph grows weary of being the bad guy.  One of my favorite lines in the whole movie is when an evil wrestler dude tells Ralph, "Just because you play a bad guy does not make you a bad guy ".  You'll laugh once you see the movie.  So, Ralph decides to try to be a hero in another game and eventually meets up with another character who is trying to figure out who she is too.  If one character searching for identity is good, two must be twice as good!  Like Simba in the Lion King or Ariel in the Little Mermaid , eventually all Disney characters find that
Post a Comment
Read more 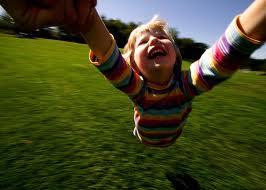 What makes you happy?  Spending time with your family or friends?  Curled up on the couch wrapped in a blanket with a good book and a cup of really good coffee?  Cooking in the kitchen?  Working in the garage?  Completing a project or planning a vacation? Happiness is one of those topics that is so subjective.  What makes one person happy might bore another person to tears.  And yet, even though the pathways to happiness are as distinctive as the person, the destination is the same for all of us.   I have been thinking a lot about happiness recently.  What is amazing to me is that not only have I yet to figure out fully everything that makes me happy, but also that it seems to change year to year.  Things that made me happy in my twenties, now holds little appeal to me. And to make things just a little more complicated, what makes me happy also hasn't changed all that much.  Some of the happiest times are moments I am with my family.  Playing a game at home or sle
Post a Comment
Read more
November 10, 2012 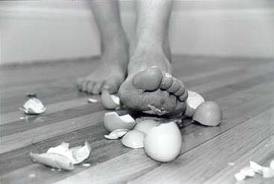 The great weakness in the North American church...is our refusal to accept our brokenness. We hide it, evade it, gloss over it. We grab for the cosmetic kit and put on our virtuous face to make ourselves admirable to the public.   Brennan Manning in Ruthless Trust My first response to that quote when I read it was, "Ouch."  It is helpful to know that Brennan Manning is a Catholic monk, so he is speaking from inside the church rather than from the outside looking in with a sneer.  Manning is also very passionate about the church reclaiming and restoring what is at the center of the faith, which is not doctrine or creeds, but trust.   Trust is in short supply today.  We don't trust our government on national or state levels.  We don't trust our employer to be there for us.  And the church has struggled with abuse scandals of all sorts.  The truth about trust is that is not so much that we spent all of our trust in previous years and now are running on em
Post a Comment
Read more 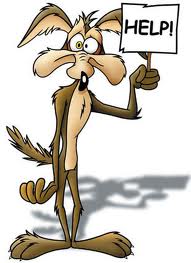 And lead us not into temptation but deliver us from evil.  For thine is the kingdom, and the power, and the glory forever I grew up watching Saturday morning cartoons.  All the classics: the Smurfs, the Laugh-Olympics, and of course - Loony Tunes.  Every week Wiley E Coyote would chase the Roadrunner around using some product from the Acme Corporation...which would inevitably fail sending poor Wiley over a cliff or to have a safe come crashing down on his head.  Week after week the plot did not change.  Week after week I laughed at poor Wiley's fate.  It is only now that I realize that part of what makes Wiley such a compelling character is that he has some very human traits. First, I don't always learn from past mistakes.  I can think to myself, "That was a boneheaded things to say," only to say same equally boneheaded thing the very next time.  Part of the problem is that often today we think we can think our way out of a problem.  Theologian Richard
Post a Comment
Read more
More posts