Showing posts from April, 2014
Show all

I Never Knew THAT was in the Bible 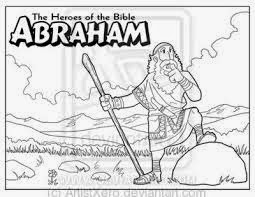 10 Now there was a famine in the land. So Abram went down to Egypt to reside there as an alien, for the famine was severe in the land. 11 When he was about to enter Egypt, he said to his wife Sarai, “I know well that you are a woman beautiful in appearance; 12 and when the Egyptians see you, they will say, ‘This is his wife’; then they will kill me, but they will let you live. 13 Say you are my sister, so that it may go well with me because of you, and that my life may be spared on your account.” 14 When Abram entered Egypt the Egyptians saw that the woman was very beautiful. 15 When the officials of Pharaoh saw her, they praised her to Pharaoh. And the woman was taken into Pharaoh’s house. 16 And for her sake he dealt well with Abram; and he had sheep, oxen, male donkeys, male and female slaves, female donkeys, and camels. 17 But the Lord afflicted Pharaoh and his house with great plagues because of Sarai, Abram’s wife. 18 So Pharaoh called Abram, and said, “What is this you
Post a Comment
Read more 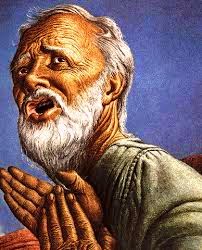 Now the Lord said to Abram, “Go from your country and your kindred and your father’s house to the land that I will show you. 2 I will make of you a great nation, and I will bless you, and make your name great, so that you will be a blessing. 3 I will bless those who bless you, and the one who curses you I will curse; and in you all the families of the earth shall be blessed.” 4 So Abram went, as the Lord had told him and Lot went with him. Abram was seventy-five years old when he departed from Haran.  Genesis 12:1-4 It seems logical to me that after dwelling with Noah for the last several weeks, we keep going sequentially through Genesis and arrive at the narrative of Abram (who will become Abraham).  That makes sense.  What does not make sense is moving your family when you are 75 years old to some undisclosed location with nary a peep from Abram.  He does not seem concerned about the destination or the length of time it will take to get there.  He just packs up household,
1 comment
Read more 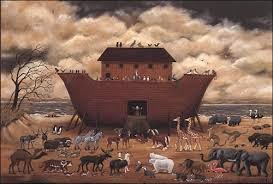 6 At the end of forty days Noah opened the window of the ark that he had made 7 and sent out the raven; and it went to and fro until the waters were dried up from the earth. 8 Then he sent out the dove from him, to see if the waters had subsided from the face of the ground; 9 but the dove found no place to set its foot, and it returned to him to the ark, for the waters were still on the face of the whole earth. So he put out his hand and took it and brought it into the ark with him. 10 He waited another seven days, and again he sent out the dove from the ark; 11 and the dove came back to him in the evening, and there in its beak was a freshly plucked olive leaf; so Noah knew that the waters had subsided from the earth. 12 Then he waited another seven days, and sent out the dove; and it did not return to him any more. 20 Then Noah built an altar to the Lord, and took of every clean animal and of every clean bird, and offered burnt offerings on the altar. 21 And when the Lord sme
Post a Comment
Read more

But God remembered Noah and all the wild animals and all the domestic animals that were with him in the ark. And God made a wind blow over the earth, and the waters subsided;  the fountains of the deep and the windows of the heavens were closed, the rain from the heavens was restrained,  and the waters gradually receded from the earth. At the end of one hundred fifty days the waters had abated;  and in the seventh month, on the seventeenth day of the month, the ark came to rest on the mountains of Ararat. The waters continued to abate until the tenth month; in the tenth month, on the first day of the month, the tops of the mountains appeared .  Genesis 8:1-5 God remembered Noah and all the animals.  Such a sentence seems to suggest, on some level, God forgot.  That in the midst of the storm waters churning, lightening crashing, and chaos chaos-ing (not sure that is really a word), perhaps God got so caught up in it all that the ark became like an ant in the midst it all.  God
Post a Comment
Read more 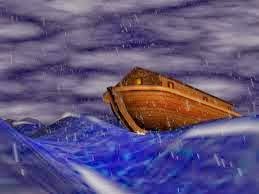