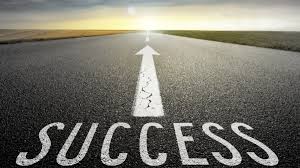 Yet whatever gains I had, these I have come to regard as loss because of Christ. More than that, I regard everything as loss because of the surpassing value of knowing Christ Jesus my Lord. For his sake I have suffered the loss of all things, and I regard them as rubbish, in order that I may gain Christ.  Philippians 3:7-8

We have been letting the question, what is success, stir and swirl and sit within us.

I pray there have been moments of honesty...heartfelt shining of a light on your life.

I pray there has been a gentleness not to get caught in the dualistic thinking of either/or.  For example, either pursuing a degree is absolutely right or wrong!!

Again, I am grateful for my education...the experiences...the moments that formed and fashioned me.  And I also realize there is more than book knowledge and arranging my mental furniture or passing a test that matter in this world.

I love this third chapter of Paul's letter to the Philippians.  A quick note here: any of Paul's letters were not written to us...yet we might still find something for us in these words.

Paul starts off chapter 3 by talking about his accomplishments.  His wonderful history and heritage.  How he was circumcised on the 8th day...ouch...and I bet he really doesn't remember that ~ nor would he want to.
How he was part of the tribe of Benjamin...which was the "cool" tribe...like people who can trace their ancestors back to Pilgrims on the Mayflower.  I think my ancestors came over smuggled on a cargo ship escaping England.
How he was a Pharisee...he had the right degree and pedigree.
How he persecuted the church...which maybe he did not want to bring that up to people who he would have persecuted.  It is like talking to a cow about a delicious hamburger only now you are a vegetarian...you think.


Give that last line a second...I think eventually it might be funny.  Or if not, we can move on.

But then Paul turns on a dime in verse 7 and says...well that was all hogwash.  It was all like putting lipstick on a pig.

That is Iowan speak for rubbish.

Yet...I would also want to say/suggest to Paul that who he was made him who he is!

We cannot rewind time or redo the past or take a mulligan on a mistake.

But there are also moment that through the difficulty I grew.  Through the pain I found new empathy that I didn't have before.  Through processing the pain I arrived at a way of being that would not have been the same if the road had been smooth sailing alongside a chocolate river.

How can we hold onto who we were and how that shaped who we are...letting that shine a light on our understanding of success?

I pray if we do this...there would be more than a trace of God's grace in our lives in that moment.